Is Reciprocity the Answer? 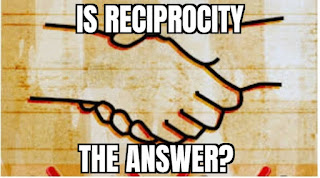 Most of my adult life, I have been told we cannot do things, we do not have the resources, we do not have the money or it is not allowed. Barriers seem to be put in place all the time. Thankfully, I take to these challenges and for me the answer has always been to use a shared responsibility multiagency approach.

I have often wondered where this has come from. Is it nature or nurture? One thing I know is growing up in a community environment has I believe made a huge difference to my mind-set.

I was born and grew up in Manchester, Trafford Park to be precise. Once upon a time, it was thriving with deer and woodland but the industrial revolution soon changed that. Not far from Old Trafford football ground, there was a strange place. It had twelve streets and three avenues all numbered like an American grid system, it had been created by an American industrialist.

Surrounding these streets where miles and miles of factories and large industries. The housing built and created for the workers and their families to live in. My father, a migrant from India, worked in one of the many mills in the area for a time and lived in what was affectionately known as ‘The Village’.

As a self-knit community created almost by accident, we were forced to really know each other, and work together. All activities whether it be the Queen’s jubilee, bonfire nights, Christmas activities, involved the whole village and surrounding industries.

If you needed something or someone to help, you would find it on one of the streets all quid pro quo, all for the benefit of the community.

I have carried this community spirit around me, and nowadays it feels like a struggle. Yes, there are many who still imbibe this spirit, but the overall essence of community seem to me to have been lost.

Nevertheless, I have used these principles of reciprocity in both my work and personal life, particularly when being told it could not be done due to resources, or cost.  Sharing resources spreads the load and can be effective in meeting the needs of people who are in similar situations. A large problem is easily solved if everyone who has issues with it can join in. It does take planning and organising but it can be done.

As an example in one of my previous roles, with the LA, I was asked to looked at the language services as they were proving very costly. I noticed that much of the services were based around meetings or form filling and we were using professional interpreters. It made sense to approach the surrounding communities that needed such services to recruit and pay  people who had good English skills. These people where trained in LA services, DBS checked and used as gateway to have better relationship with the communities, whilst also reducing substantial costs in the interpreting services.

Similarly, in another role, involving various investigative agencies in the LA and Government, it became evident that often as we were all looking at the same persons from different perspectives. It made sense to share information (where we could legally) and share resources to carry out investigations. It really did not matter who got the credit, as long as the job was done. I found this approach often increased my productivity immeasurably. Investigations that took months where reduced to weeks. Often the work done by many different organisations. A thank you letter to the Heads of the services involved with a report of the benefits where always appreciated by the officers and the ground and Senior Managers.

Repeatedly I have used this method throughout my varied and enjoyable working life. For me it has always been about people and using our strengths and bridging the gap of each other’s weaknesses

Even with my deteriorating health, I use the same approach, whether it’s on recruiting staff or managing conditions. Instead of just relying on my doctor, I utilise all of the services at my disposal. Often speaking to people may have similar conditions, I ask others to teach me what I need to know. It can be as simple as a blood test. I used to go to hospital for polycythaemia tests, almost six weekly, then see the doctor who would tell me what my blood platelet level would be. If the levels were too high they would then make appointments with surgery to remove some of my blood and rebalance. The whole process was long. Having spoken to the people within the chain, I found out what the level was, once I got the result, I would know if it was too high (by the level- it should be all the doctor needed was to tell me). I would then make the appointment to visit the clinic at a mutually convenient time. The doctor and speak over the phone once a year. My hospital costs for this test phone once a year. My hospital costs in time and effort for this test have now been reduced from six weekly to two or three times a year, when it has been necessary. I am now at the stage, where my GP trusts me, knowing the symptoms and allows me to make appointments for blood tests only when they become ne necessary.

This is not the first time I've spoken about the need for people to come together, whether it’s in where they live or work, it seems to me all of life issues and niggles can be solved one way or another by reciprocity. Often I will hear “what is in it for me?”. The answer is, ‘me’ is not what life is about. It is about us! 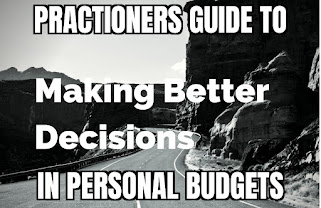